October carries a heavy load. Not only does it host ghosts and goblins, it has also been hallowed National Cyber Security Awareness Month, Rideshare Month, and perhaps others I am unaware of. In addition, the first week of the month contained the little-known celebration Rachel Freak Out Week. 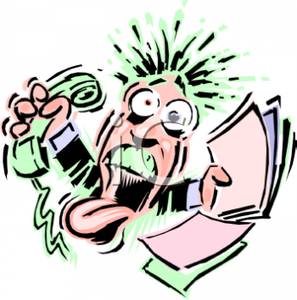 Approximately everything stressed me out last week. Approximately everything included but was not limited to: a report for work, every time someone tried to talk to me when I thought I should be working on said report, every task that took time away from the report. Plus, because these lists breed like rabbits, all the usual suspects, such as my peculiar inability to clean things and my not yet having found the meaning of life.

Sometime midweek, a friend, we’ll call him John, and I were walking between meetings and met a coworker whose wife’s job is grant-dependent. The coworker, in good spirits, said an upcoming grant renewal deadline was “do or die,” and John said, surprisingly seriously, “No, it’s not.”

Both John’s wife and granddaughter faced and fought off cancer. Both have been in remission for a number of years now, but I’ve gotten the impression that these two illnesses changed his thinking about life in general and work in particular.

After this meeting, when I felt like keening over sections of the report, my mantra became, “It’s not worth it.” Unfortunately, the mantra did not lower my stress level, but it did help me realize it was optional. In the midst of my Chicken Little syndrome I could at least tell myself I had a choice, even if I was incapable of acting on that choice. Somehow knowing the stress was self-inflicted helped me retain a sheen of sanity.

We need a lot of reminders in this life—of what is and isn’t important, of what choices we do and don’t have. One way of interpreting those reminders is the now familiar, “Don’t sweat the small stuff, and it’s all small stuff.” But maybe some of it is breathtakingly precious stuff, too precious to obscure with anxiety.

I'm an author looking for an agent and/or publisher for my debut novel about recovering from the death of a child. I blog about whatever helps when life—whether of the real or fictional variety—gets difficult. Top contenders for me include community, God, chocolate, and laughter. Laughs can be found in the Coleslaw section.

Read All About It